Best Hotels in the United Kingdom

About the United Kingdom

The United Kingdom is small in size, but grand in stature when it comes to history. In addition to historic monuments aplenty, great and grand cultural treasures, and green and pleasant lands, the UK has some truly dramatic scenery, and is littered with charming villages. So don't let the weather put you off. Yes, it can be a bit rainy. And windy. And occasionally snowy. But that is all the more reason to make sure you're staying at one of the best places to stay in the United Kingdom. You'll be reassured that when the heavens open you can nip back inside somewhere comfortable/ cosy/ luxurious/ eclectic/ grand/ quirky.

Some of our ‘best of’ United Kingdom Collections

Being an island, the UK has a lot of beach, and is rich in places to stay with dramatic sea views. Cornwall, Devon, Wales and the West coast of Scotland are popular destinations for beach holidays. Whether you are looking for a family bucket and spade holiday, the thrills and spills of water sports, solitary walks or the drama and romance of big waves and bigger skies, there is a hotel to suit you.

The UK is flush with beautiful countryside in every corner of the land. From Perthshire to the Lake District to Yorkshire, the Cotswolds, Hampshire, Cornwall and even offshore, on islands such as the Isle of Wight, the Scilly Isles and the Scottish Hebrides.

Then there are the cities. London or Edinburgh will never disappoint and are rammed with great places to stay for every budget. But don’t overlook other British cities. There’s the buzz of thoroughly regenerated Manchester, the Beatles’ Liverpool, the elegance of Georgian spa town, Bath, Newcastle for its nightlife, and the famed spires of Oxford for its heritage and reputation. Or pretty market towns like Cheltenham and Chipping Campden, historic ones like Stratford upon Avon, or lively ones like Brighton.

The Best Places to Stay in the United Kingdom

For ‘Green and Pleasant’ Lands

For a self-catering flat or cottage

Still not sure which is the best place to stay in the United Kingdom for you?

See all » 88 hotels in Cornwall

See all » 86 hotels in Somerset

See all » 88 hotels in Cornwall

See all » 86 hotels in Somerset 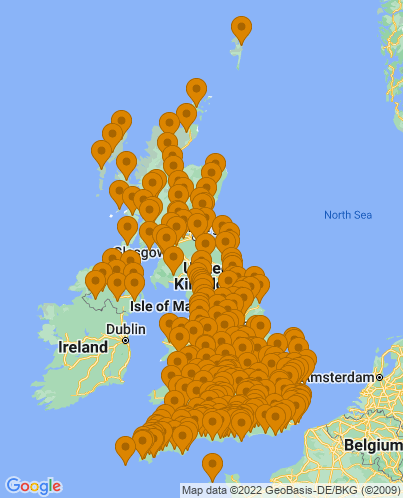