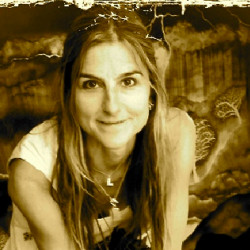 Laura has been writing about style and interiors for over 20 years. She worked at Vogue in the early 90s then joined The Daily Telegraph, helped launch In Style in the UK in 2001 before going freelance. She’s had columns in The Times and ES Magazine and has contributed to the Financial Times including How To Spend It, Elle, Marie Claire, Harper’s Bazaar, US Vogue, You Magazine, Livingetc and the Telegraph Magazine. Growing up in Scotland, she likes the contrast of wilderness and city life and after stints in Paris, NYC and Gloucestershire, is now based in London. A self-confessed detailist and foodie, she loves nothing more than researching an area and finding new places to explore and experience. Travels have taken her all over Europe, throughout America, SE Asia, Australia, Africa, India and sailing across the Pacific. Twitter